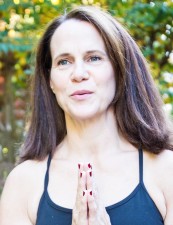 Unlike many acroyogis, it was not love at first flight, but something else that kept Diane coming back. The camaraderie, laughter, interaction and “wow” factor of acro reawakened her childhood love of playing upside down. By learning to trust in her body and others she faced and overcame many fears; acro improved her body awareness, body image, self-confidence and playfulness. As a teacher Diane brings a patient, encouraging voice. Her goal is to build safe and knowledgeable acro communities, helping students learn and refine acro fundamentals so they can unleash their creative play in new and imaginative ways. A reformed corporate 9-to-5er turned yoga teacher-inversion junkie, Diane is continually exploring her own physical limits; she knows from experience that much more is possible than can be imagined. Diane has been practicing yoga for more than a decade, and finished her 200hr YTT in 2012. She is a certified AcroRevolution teacher.

Buddy began his movement journey in 2015. When he began practicing AcroYoga, he struggled with a lack of strength, body awareness, and techniques. He found his teachers in Todd Daniels and Fabienne Moore so encouraging that he kept coming back. Over a several year journey, he came to understand the mechanics of partner acrobatics. In 2018, he attended a Yogaslackers teacher training, and began teaching the beginner class with Tracy Goodale in 2019. As someone who learned movement as an adult, he has a keen eye for introducing beginners to this practice, and enjoys watching new community members grow in their skills. When he isn’t playing or teaching AcroYoga, you can find Buddy out in the park slacklining, or out on the water practicing his paddleboarding skills. If you’re brave enough, and don’t mind getting wet, he might even base you for some SUP acro! 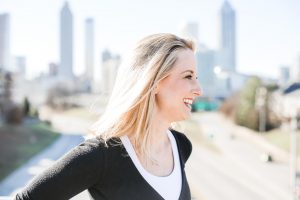 As a former Georgia Tech and Texas Tech cheerleader, movement had always been a part of Tracy’s life. In 2016 she found AcroYoga by accident and was instantly hooked. For the past 4 years Tracy has travelled the country to train and teach, recently traveling to Costa Rica to train standing acrobatics under the coaching of Cirque du Soleil athletes. She teaches intermediate and advanced standing acrobatics and cheer stunts at acro festivals several times a year, and in 2018 she began subbing acro classes in her home community as well as performing at private, corporate, and charitable events. In 2019 she and Buddy Smith began teaching the Atlanta Acroyoga beginner class. Tracy loves teaching beginners and helping students find those “ah-ha” moments in a skill that they didn’t think was possible. Her goal is to make acroyoga fun, safe, and accessible to anyone who wishes to try it. In addition to her acrobatic training, Tracy completed aerial yoga teacher training at Sky Gym in 2018. 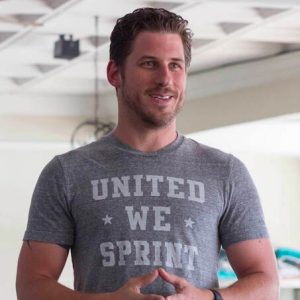 After training in the martial arts for over 18 years and achieving a third degree black belt, Mike added yoga into his routine and quickly fell in love with the practice and philosophy. During his 200 hour certification for yoga in 2017, Mike found acrobatic yoga after a weekend long intensive and was hooked, practicing multiple times a week. To Mike, the most fulfilling part of acroyoga is the confidence and joy that achieving poses of any level can bring to its practitioners. Acro brings Mike a mind body connection and offers fun ways to support and create fun experiences for those at class and in jams. Find him practicing at jams or near a waterfall on long backpacking trips through North Georgia.

Danny doesn’t come from any sort of movement background – that is part of what makes acroyoga appealing to him and accessible to everyone in all walks of life. In 2014, he started to enjoy life fully and discovered acroyoga after volunteering at a yoga festival in Atlanta. Since then, Danny got bit by the “acro bug” and has loved to share the practice with others. He strives to spark joy through play and connection via acro while inspiring confidence in those who may lack it. He is especially interested in the old school roots of acroyoga with therapeutics, counterbalances, and washing machines. Outside of acro, Danny enjoys spending time with his wife and young son, hiking and kayaking, handcrafting small batch natural sodas, and curating the choicest playlists of sick tunes. Danny completed his acroyoga teacher training in June 2022 with AcroLove.